In the immediate aftermath of the Rising it seemed that a calm had settled on Ireland; the command structure of the Volunteers had been depleted and a countrywide round-up of dissenters had been exiled to internment in the United Kingdom.
However a simmering resentment remained among the people due to the execution of the rebel leaders, internment of the surviving Volunteers and the continued recruitment drive for manpower for the War effort; allied with the carrot and stick approach tactics of the British linking the implementation of Home Rule to conscription.
The rejuvenated Volunteers and its leaders, once released from internment (Frongoch Internment Camp in Wales was known as the “University of Revolution “) had begun to re-organize and rally around the issue of recruitment. The funeral in 1917 of 1916 leader Thomas Ashe (who died on hunger strike while being force fed) had many echoes of the pre-Rising funeral of O’ Donovan Rossa; the impressive organisation of the Volunteers on the day of Ashe’s funeral, and even the choice of a relatively unknown funeral orator, Michael Collins; who would go on to play as dominant a role in the forthcoming conflict, as Patrick Pearse had done in the previous one.
Other important indicators of the subtle return of confidence to the separatist ranks were the ceding, by Arthur Griffith of the Presidency of Sinn Fein in favour of Eamon De Valera and the subsequent election of De Valera as President of the Volunteers; increasingly referred to as the Irish Republican Army (IRA).
Sinn Fein now had the confidence of an army underlying it. The IRA, after the Sinn Fein landslide victory in the general election of 1918, now enjoyed the legitimacy of a democratic majority. Having stood on a policy platform of abstaining from the Westminster Parliament - regarding it as a foreign parliament, the newly elected Sinn Fein members ( those that were not still imprisoned or on the run) convened on 21st of January , 1918 to form the new independent assembly, Dáil Éireann.
On the same day in Soloheadbeg, County Tipperary, two RIC policemen were killed by men from the South Tipperary Brigade of the IRA, in an attempt to gain much needed arms. This is regarded as the first significant encounter of the Anglo-Irish War.
Apart from purloining arms, another key tactic of the IRA was instigating a boycott, among locals, of the police. This intimidation inevitably led to a mass of retirements and reduction in the force and ultimately abandoning many of the more isolated rural barracks; leading to a breakdown in civil authority and a further legitimacy to Sinn Fein as the only local enforcement of civil order.
The British authorities were prepared to leave the conflict at a ‘law and order’ level as a war would effectively recognise the authority of the new government. The preferred method of engaging with the insurgents was by way of ‘unofficial’ reprisals and harassment but these practices usually only elicited more resentment from the general populace.

It was only when an orchestrated attack on three RIC barracks in the Cork area commanded by The Cork No.1 Brigade, that acknowledgment was made at British Government level that “…acts of war…” had been committed. One of these concurrent attacks was an unsuccessful one on the RIC Barracks at Kilmurry by a force of about 60 Macroom Company men with some men from the Kilmurry Company acting as scouts and look-outs.
Eventually the British acknowledged the escalation of hostilities by recruiting support for the understrength RIC. This arrived in the form of temporary cadets – Black and Tans – named after their ad-hoc uniforms which were a mix of RIC and British Army due to supply shortages; figuratively betraying also the dual nature of their role. There were further reinforcements from experienced former British Officers in the guise of a paramilitary force, the Auxiliary Division of the Royal Irish Constabulary (ADRIC), more commonly known as Auxiliaries or Auxies. A further bolster to the Crown Forces was the introduction of the draconian Restoration of Order in Ireland Act 1920 and later on the selective introduction of martial law.
The IRA in Cork responded to the escalation of hostilities with their own mobile paramilitary units – The Flying Column – which gained some notable military victories over the more experienced and numerically superior Crown Forces.
In Dublin Michael Collins as Director of Intelligence for the Irish Republican Army (among his many roles) had a notable coup whereby the IRA essentially emasculated British Intelligence operations in Dublin by locating and killing eleven members of the crack undercover team known as the ‘Cairo Gang’. In retaliation the Crown Forces opened fire on a Gaelic football match in Croke Park; fourteen civilians died in the attack. Later on the British murdered three IRA prisoners it was holding in Dublin Castle. The day was dubbed as ‘Bloody Sunday’ and was considered a major propaganda and strategic victory for the IRA.
The same year saw another major military and morale boosting victory for the IRA when in Cork an ambush of Auxiliaries in Kilmichael by the West Cork Flying Column resulted in 17 British casualties for the loss of three Volunteers. In response the British imposed martial law in most of Munster, including County Cork. In Cork City they also imposed a curfew and on the night of 11–12 December 1920 they burnt and looted the city as a reprisal for an engagement earlier on that evening and the Kilmichael Ambush, two weeks earlier.
While the next few months saw even more tit-for-tat casualties it seemed clear that both sides were fighting a battle neither side could hope to win. Eventually a truce was agreed on 21st of July 1921.

Since Munster, Cork in particular, saw a majority of the action outside of Dublin in the War of Independence it is no surprise that Kilmurry and its neighbouring parishes were witness to some of the key activities and engagements of the conflict; given its proximity to British garrisons at Cork, Ballincollig, Macroom and Bandon, and the consequent troop movement between them. This concentration of enemy forces attracted IRA attention to the area facilitated by a network of safe houses and loyal following.

One such safe-house was in the neighbouring Parish of Kilmichael, Joe O’ Sullivan’s house at Gurranereigh. While Kilmurry was in the 1st Cork Brigade area it was adjacent to the 3rd Cork Brigade, to whose men it was considered a safe and convenient haven. It was to this house that Tom Barry and his men of the 1st Cork Brigade retired to billets after the Crossbarry Ambush on 19th of March 1921. Indeed the area was so often used by the men of the West Cork Flying Column that Sean O’ Hegarty, Officer Commanding of the Ist Cork Brigade once enquired of Tom Barry if “… (they) had any food or houses in West Cork”.
Another member of the West Cork Flying Column and a veteran of the Crossbarry and Kilmichael Ambushes was Liam Deasy who in his memoir of the Anglo-Irish War ‘Towards Ireland Free’ fondly remembers the welcome they always received, not only from the Kilmurry/Crookstown Company Officers but also the people of the area.
On the morning of Sunday, 22nd of August 1920, the area itself was witness to an ambush of Crown Forces at Lissarda.
Local Volunteer William Powell of the Kilmurry Company (later Crookstown Company) observed a convoy of RIC and Tans on the way from Cork to Macroom earlier that morning and knowing they would at some stage return to Cork, set about staging an ambush on their route through Lissarda.
It was only about 2:30pm when the convoy arrived at Lissarda but even at this stage all the ambush party had not yet arrived in their positions; there had been 12:30pm Mass to attend, guns to be collected, most likely farm work and probably some dinner. During the engagement one Volunteer was killed. The local man was Michael Galvin who was secretly buried in the Kilmurry Churchyard (any overt ceremony would have incurred reprisals for the family), before later being interred, when it was safe to do so, in St. Mary’s Graveyard, Kilmurry.

One of the last actions of the war just a few weeks before the truce, saw the torching of the big house at Warrenscourt. Even at this late stage of the war there was evidence that the British were intent on stationing troops there to suppress IRA activity in the area. This showed the belief of both sides that even with a truce in sight they would be more than ready to continue the fight. 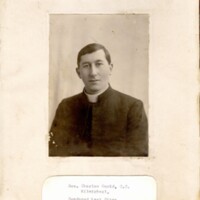 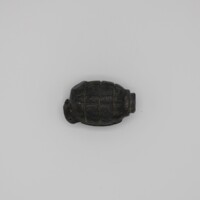 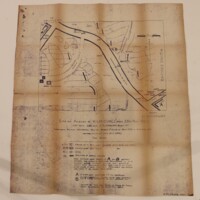 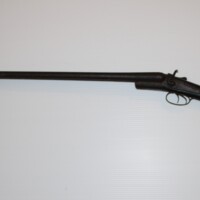 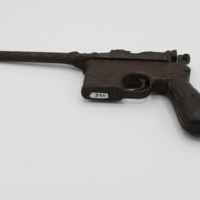 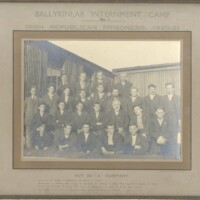 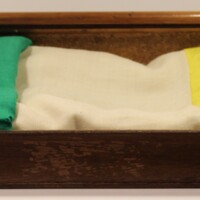 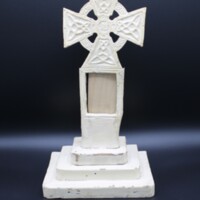 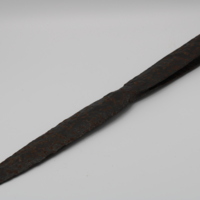 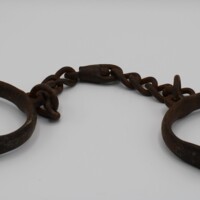