The acceptance of the Anglo-Irish Treaty presaged a rupture in the Nationalist movement in Ireland.

“..the freedom to achieve freedom”
- Michael Collins
Those who supported the Treaty and formed the Provisional Government of Ireland later the Irish Free State, were those members of Dail Eireann who believed that militarily an Irish Republic could not be achieved but were willing to settle for a qualified independent twenty-six County State; the six Counties of Northern Ireland having already been accommodated in the Government of Ireland Act 1920, although a promise had been given to revisit this ‘situation’ by establishing a Boundary Commission.

The opponents of the Treaty were those who believed that it was a betrayal of the Irish Republic as proclaimed during the Easter Rising of 1916 and a repudiation of the efforts of those who fought and died during the War of Independence nor could they countenance an Oath of Allegiance to the British sovereign. The Anti-Treaty side considered that an armed struggle was sustainable and that by conceding to devolved government we would be surrendering our right to self-determination.
The Pro-Treaty side believed that an armed struggle against Britain was not winnable. Furthermore they regarded the Treaty as recognition by Britain of our independence in principle and that it would lead in time to full independence. They were also left in no doubt, by the British, that failure to accept the terms of the Treaty would result in a resumption of war.
On the 7th of January, 1922, a narrow majority of Dáil Éireann ratified the Anglo-Irish Treaty and established the Provisional Government of the Irish Free State. The President of the Republic, Eamon de Valera resigned in protest challenging the right of Dáil Éireann to break it’s oath of allegiance to the Republic.
This split was reflected also in the IRA which had never been wholly in the control of Dáil Éireann never mind the newly incumbent Provisional Government. The majority of the IRA rejected the Treaty and also challenged the authority of the Minister of Defence, Richard Mulcahy.
Michael Collins, a signatory of the Treaty and as President of the IRB, whose leadership was broadly Pro-Treaty, voted in favour of the Treaty. Although Collins and De Valera are commonly regarded as the prime protagonists on each side there is evidence that the positions of both were not as entrenched as might have seemed. De Valera made efforts to ameliorate the terms of the Treaty that might be acceptable to the Anti-Treaty side by offering ‘external association’ with the British Empire rather than dominion status. Collins had hoped to smuggle a ‘republic in disguise’ into the Free State constitution and was also helping both IRA Republicans and Pro-Treaty units in the North to counteract Loyalist violence. Even staunch republican Liam Lynch, Chief of Staff, Irish Republican Army had hoped initially to ‘work the Treaty’.
The Civil War itself is considered to have officially begun when the National Army or Free State Army (acting on an ultimatum from the British) attempted to remove, from The Four Courts, Republicans under Rory O’Connor who had provocatively occupied it for three months.
The National Army established originally from the Pro-Treaty IRA but now vastly outnumbering the Anti-Treaty forces due to accelerated recruitment, also used artillery borrowed from the British to bombard the building and force the surrender. The use of heavy artillery by the National Army, reminiscent of the British response to the Easter Rising, served only to reinforce the Republicans view that the Provisional Government was only a British stooge. Conversely the occupation of the Four Courts by the Republicans and the taking of a hostage served the Provisional Government and a sympathetic press’ impression of the dissenters as anti-democratic ‘Irregulars’.
It was a disastrous engagement for the Anti-Treaty side who lost its former Chief of Staff and former Minister of Defence of Dail Eireann, Cathal Brugha, when the fighting ensued onto the streets of the capital. They also suffered the capture of some 500 of their forces including some key leading figures.
With Dublin now firmly in control of the National Army, the next and what would be the final stage of the Civil War would take place mostly in the south of the country. Eventually the National Army with superior forces and artillery gradually overtook most of the major towns in the south.
It was during this stage of the conflict that Michael Collins as Commander-in Chief of the National Army decided to make a visit to some garrisons in the south, including a visit to his home turf of Clonakilty. Given that West Cork was one of the few areas still nominally in control of the IRA, this would appear to be a hubristic move to say the least.
“The Commander-in-Chief is coming”
- Collins’ convoy outrider
On their way from Macroom to Bandon, the convoy passed through Kilmurry village on the morning of 22nd of August 1922. The reception he received, or more correctly lack of one, was rather different than the one he would receive in his native Clonakilty later on that day. An attempt by a National Army outrider to drum up enthusiasm for the unannounced convoy, by knocking on some village doors, fell on mostly deaf ears; the only obvious response came from someone who was concerned for the safety of his ducklings in the path of the convoy - “mind my ducks”.


Immediately after Kilmurry the convoy came upon the crossroads at Béal na mBláth. Because of the state of the war-time roads and unfamiliarity with the area they enquired from a man, just then standing outside Long’s Pub, the way to Bandon. That man was Denis D. ‘ Dinny The Dane’ Long and unknown to the Collin’s convoy he was a just then acting as sentry for recently returned Republican officers and men of the 3rd Brigade, from the fighting at Limerick and North Cork, who were billeted there. These men, having being alerted by the sounds of a military convoy were just then crouched behind the windows of Long’s Pub with arms at the ready. Long, coolly secreting his rifle in the doorway of the pub, hurriedly directed the convoy on their way. Having recognised Collins he then headed to nearby Murrays farmhouse. This was the headquarters of 1st and 3rd Brigades, the staffs of which were just then to hold a war council meeting there. Also due were De Valera and Liam Deasy, OC First Southern Division who were on their way having rested overnight nearby in Kilmichael. That same parish was also host to Erskine Childers and his propaganda group who were editing the newspaper of the Anti-Treaty side, Poblacht na h-Eireann.
Collins had not just entered enemy held territory but was within touching distance of a veritable who’s who of the leadership, both military and political, on the Anti-Treaty side; including some of the most effective guerrilla fighters in the country and former colleagues from the War of Independence.
De Valera, on having heard that he had just ‘missed’ Collins, is reported to have said “A pity I didn’t meet him”. Given the brazen incursion into their stronghold by the Commander-in-Chief of the Free State Forces and the recent set back suffered at Limerick and North Cork, including the loss of local IRA man William Harrington, it was decided to set an ambush that evening for the returning party. When the convoy did finally make their return that evening, much later than expected, the ambush party had mostly been stood down and the rest were in the process of retrieving mines and clearing the road–block. In the ensuing fight the Michael Collins was fatally shot.

“That would be a pity, because lesser men might succeed him…”
- Eamon De Valera

With the deaths of two of their leaders, Arthur Griffith having died a week earlier, there was a belief that the impetus might have swung to the Republican side, but this was short lived with the replacement of Griffiths and Collins by W.T. Cosgrave and Richard Mulcahy respectively.
The increasingly desperate Anti-Treaty forces, without broad public support and fighting an enemy, who, unlike the British, was all too familiar with the local terrain and guerrilla tactics, had to resort to sabotage of local infrastructure and breakup into more effective but less organised flying columns.
The Provisional Government for their part introduced emergency legislation with amongst others the power of internment without trial and the power to impose death penalties on non-army personnel; effectively state-sponsored reprisals.
The Republicans replied in kind with an open season on Provisional Government deputies and personnel. From thereon in the Civil War descended into an escalating and bitter game of tit-for-tat killings resulting in the Provisional Government executing some 77 Republicans.
With the death of Republican Chief of Staff Liam Lynch on the 10th April 1923, the war was effectively over. His more pragmatic successor Frank Aitken called a ceasefire and on the 24th of May 1923 commanded Republican troops to dump arms. The Civil War was over if unfinished. 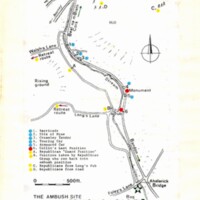 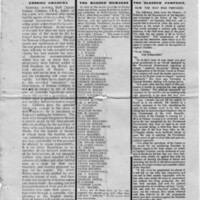 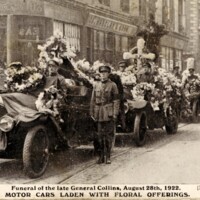 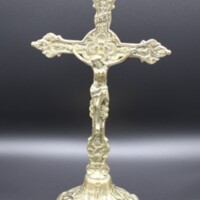 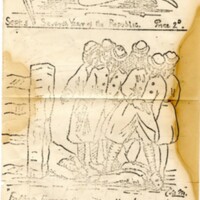 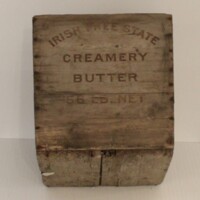 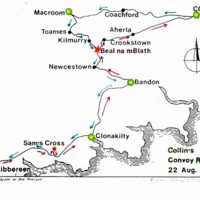 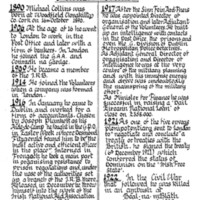 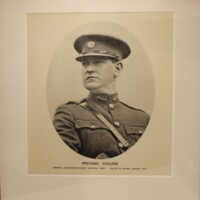 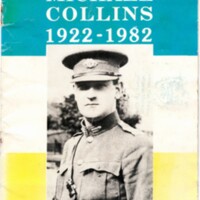