After the split in the Volunteer organisation, the breakaway Irish Volunteers were now wholly under the control of the physical force proponents. However, the Executive leadership of the organisation, while not against the idea of confronting the British, were of the view that any confrontation that would take place would only be in the case of an attempt to impose conscription or any effort to suppress the organisation or seize their weapons. Chief-of-Staff Eoin MacNeill firmly believed that if any uprising were to occur without popular support, it would be doomed to failure.
While the leadership of the Irish Republican Brotherhood (IRB), the driving force behind the Irish Volunteers, largely shared this view, the IRB Military Council itself had been planning an armed insurrection against the British while they were preoccupied with the First World War. This Military Council would eventually comprise of all the future signatories of the Proclamation of the Irish Republic.
One of the later additions to the Military Council was James Connolly of the Irish Citizen Army (ICA) whose own inclination, independent of the Military Council, was to stage an armed rebellion.

The genesis of the Easter Rising of 1916 is supposed to have begun at Patrick Pearse’s stirring graveyard oration at the funeral of renowned Fenian and Rosscarbery native Jeremiah O'Donovan Rossa in August of 1915 in Glasnevin Cemetery in Dublin. The mass mobilization surrounding the funeral was a deliberately overt demonstration of the strength and military precision of the Irish Volunteers.
When the actual Insurrection occurred on Easter Weekend 1916, the reality was somewhat different. A determination by the Military Council to keep the planning secret both from dissenting leadership of the Volunteers (indeed from some of the IRB also) and from possible informers, resulted in the regional command structure being unaware of the true nature of the planned mobilisation for that weekend. Chaos then ensued due to a countermanding order issued by MacNeill (a press notice was issued in that weekend’s newspaper!), once he became aware of the imminent insurrection. Once this countermanding order from the Chief-of-Staff had been issued, the regional leadership had no choice but to fall in line despite counter-countermanding orders issued subsequently. One also has to appreciate the difficulty of communication given the constraints of time and distance, all under the ever watchful eyes of the police, the Royal Irish Constabulary (RIC).
Another spanner in the works was the arrest of Sir Roger Casement and the interception of the Aud, which was to land at Tralee, carrying much needed guns and ammunition from the Germans.
In Dublin the intervention of MacNeill only succeeded in delaying the insurrection for one day because the command structure there was directly linked to the Military Council.

“Boys, some of us may never come back!”
- Thomas MacDonagh

The Rising began on Easter Monday with the mobilisation of the Irish Volunteers, Connolly’s ICA, Cumann na mBan and some other minor groupings. While they seized and occupied many key buildings, they set up headquarters in the heart of Dublin’s main thoroughfare, in the General Post Office (GPO). The reception from the local populace was at best indifferent and at worse insulting. This however soon turned to outright resentment due to the widespread destruction of the city by the consequent British bombardment. It appeared that the Rebels’ assertion that the British would not destroy the properties of one of the major cities of its Empire was unfounded; they were treating Dublin more like Berlin than Birmingham!
After 5 days and in the face of overwhelming superiority of forces and artillery, to save lives and property, the Rebels agreed to an unconditional surrender.
While plans may have envisaged a more widespread Rising and aspired to a more successful conclusion, there is no doubt that the leaders were under no illusions as to the likeliest outcome: their courts-martial and executions for treason under the wide-ranging wartime Defence of the Realm Act (DORA). Their main aim all the time was to provoke a reaction from the British and to raise the consciousness of those whom they believed were falsely placated by the promise of devolved regional government, while at the same time giving a glimpse of the paucity of autonomy that Home Rule would provide.
Given the strictures of wartime censorship and a mostly unsympathetic press it is difficult to gauge the amount of popular support there might have been for a revolution before the British lionised the leaders by executing them over an extended period of time and by their mass countrywide round-up and internment of Irish Volunteers.
In the 1918 General Election, Sinn Féin, their manifesto standing firmly by the same principles as envisaged by the Proclamation of the Provisional Government of Easter, 1916, gained a remarkable landslide victory.
“… order, counter-order, disorder”
- Terence MacSwiney

In Cork, in his role as Brigade Commander of the Cork Volunteers, Tomás MacCurtain, had control of some thousand Volunteers; these were to be deployed in the transport and distribution of the imminent arms shipment due to arrive on the Aud. It is not clear exactly when MacCurtain was informed of the planned Rising for that weekend ( as an IRB member he most likely was taken into the confidence of the Military Council), but he was certainly well prepared for the very real possibility of an engagement with enemy forces when coming into possession of so many arms.
The planned role for Cork in the Rising would require that members of the Cork City Battalion would take the train (some made their way by bicycle) from Cork to Crookstown on Easter Sunday, rendezvous with the other Cork Battalions at Béal na Blath, and then proceed to Kilmurry where they were to be joined by some 20 men from the Kilmurry Company. In all some 400 men assembled in Kilmurry and then set off to Macroom from where they were to proceed onto Carriganimma to meet up with other Companies assembled there. MacCurtain was in the winless position of knowing that the shipment of arms had been intercepted but had decided to continue the mobilization through to Macroom, at least as an exercise and even more importantly to maintain discipline and morale.
It was only on his return to Cork City on Easter Monday to stand down the Volunteers, having spent the previous twenty-four hours travelling County Cork with MacSwiney, that he was informed that an insurrection had indeed begun in Dublin. The Cork City Volunteers held the Volunteer Hall in Sheares Street for most of that week under threat of bombardment from the British Military forces unless all arms were surrendered. An accommodation was reached after intervention by the Bishop of Cork and Kilmichael Parish native, Daniel Cohalan and Lord Mayor of Cork, Councillor Thomas C. Butterfield; the arms would be deposited for safekeeping to the Lord Mayor and the men would be free to return to their homes. These terms were then breached by the British when they raided the Lord Mayor’s house and captured the arms and subsequently interned both MacCurtain and MacSwiney.
Later enquiries carried out by the Volunteers and the IRB found that MacCurtain and MacSwiney had conducted themselves appropriately given the circumstances on that confusing weekend. Exonerated or not, there was no little frustration experienced by them and their fellow Volunteers; given their sense of uselessness in the face of the much different experience and tragic outcome experienced by their Dublin colleagues.
They would have to bide their time to vent this frustration. 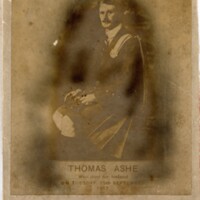 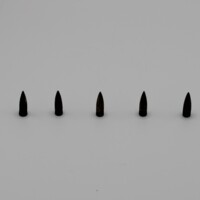 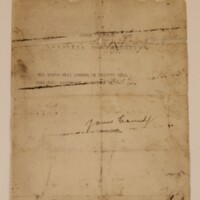